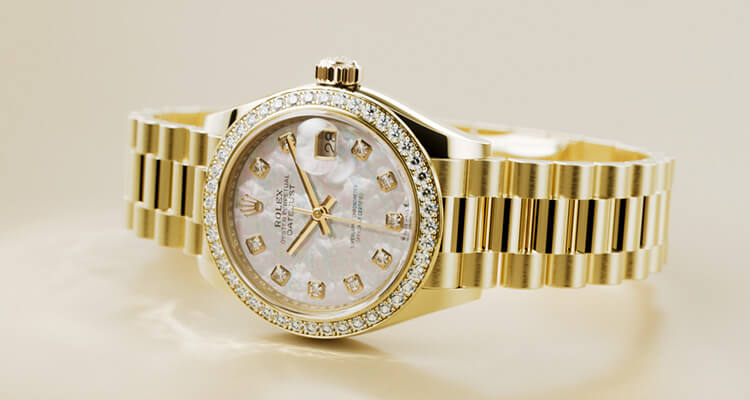 The sky is the limit

The Oyster Perpetual Air-King celebrates the aeronautical heritage of the original Oyster. It pays tribute to those for whom the sky was a new frontier of adventure, exploration and groundbreaking achievement – a springboard for new ideals. 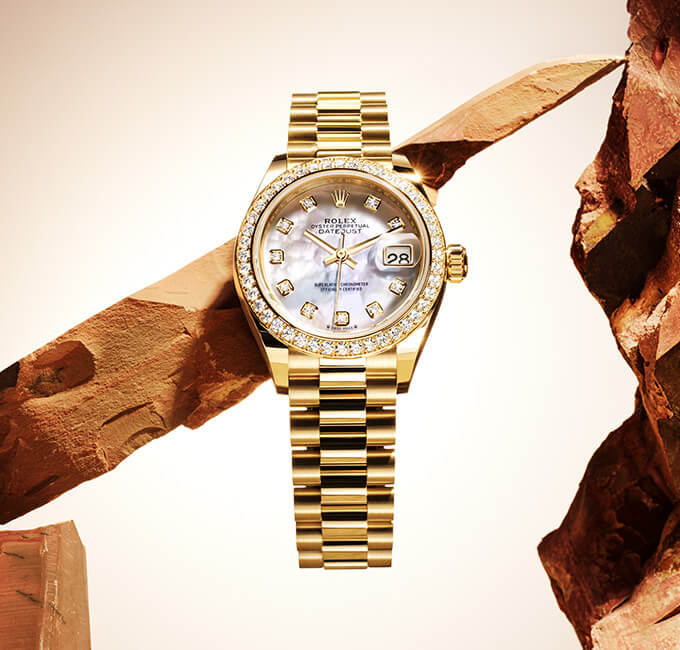 The Air-King symbolises the privileged relationship between Rolex and flying during the golden age of aviation in the 1930s. It pays tribute to the pilots of the era and the Oyster’s role in their epic story. The 1930s was a period of spectacular progress in aircraft performance and led to the introduction of long-distance flights. Several pilots set records while wearing an Oyster. Others used a Rolex watch as an on-board chronometer, such as Owen Cathcart-Jones and Ken Waller, who, in 1934, made a return voyage from London (United Kingdom) to Melbourne (Australia) in record time with a twin-engine De Havilland Comet.

The current Air-King sports a distinctive black dial with a combination of large 3, 6 and 9 numerals marking the hours and a prominent minutes scale for optimal navigational time readings. Rolex’s symbolic crown is displayed in yellow on the dial, while the seconds hand and the name “Rolex” are green, echoing the brand’s emblematic colour. Since the watch was launched in 1958, the inscription “Air-King” has featured in lettering that makes the model easily identifiable.

From 2022, the Air-King’s 40 mm case includes a crown guard and has straight sides like the majority of Professional category models. The watch’s display has also been refreshed and is perfectly balanced thanks to the addition of a “0” before the “5” on the minutes scale. Each five-minute interval is, therefore, now marked by two digits. The 3, 6 and 9 numerals are also now visible in the dark thanks to the luminescent material of the Chromalight display.

A paragon of robustness and reliability, the Air-King’s Oyster case is guaranteed waterproof to a depth of 100 metres (330 feet). The middle case is crafted from a solid block of Oystersteel, a particularly corrosion-resistant alloy. The Air-King is fitted on a three-piece link Oyster bracelet in Oystersteel. This bracelet is equipped with an Oysterlock safety clasp, designed and patented by Rolex, which prevents accidental opening. It is also fitted with the Easylink comfort extension link, which allows the wearer to adjust the bracelet length easily, by approximately 5 mm.

Powering the Air-King is calibre 3230, a self-winding mechanical movement entirely developed and manufactured by Rolex. It offers outstanding performance in terms of precision, power reserve, resistance to shocks, convenience and reliability. This movement is fitted with the exclusive blue Parachrom hairspring and also incorporates the patented Chronergy escapement. Its power reserve extends to approximately 70 hours.

Like all Rolex watches, the Air-King is covered by the Superlative Chronometer certification. This designation testifies that every watch leaving the brand’s workshops has successfully undergone a series of tests conducted by Rolex in its own laboratories, according to its own criteria. The Superlative Chronometer status is symbolised by the green seal that comes with every Rolex watch and is coupled with an international five-year guarantee.

Visit us to discover first-hand the Air-King